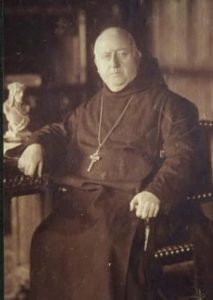 Marmion’s spiritual writings were among the most influential of the 20th Century. His writings are considered to be spiritual classics. It is reported that St John Paul had Marmion’s writings in his private library.

In the USA, there is an abbey under the patronage of Blessed Columba, Marmion Abbey (www.marmion.org). Let’s pray for the monks, oblates and students there.